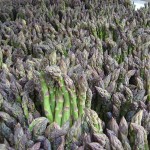 I had my first quiche in the 1970s, when a couple hippies opened a French-style Breakfast/Brunch restaurant, “Crêpe Faire,” in Portland OR. Now that I think back to those old days, I realize that my 20s were a decade of food discovery for me, as growing up in rural Montana did not provide much beyond ‘steak and potatoes’ cuisine.

Quiche is one of those wonderful items you can make with whatever you have in your fridge and create as you go. All you really need are eggs, milk/cream, and cheese, then add your choice of  veggies and/or meat or seafood. And of course, a crust. Traditionally, quiche is made with a French Quiche Crust which includes egg yolk. But you can use any type of crust (although I do not recommend a sweet crust), or go Greek with a phyllo crust as highlighted in this recipe (see my Tomato Phyllo Pie recipe for more about this).

This recipe is adapted from one by Susan Selasky  in our local newspaper, the Daily InterLake (originally published in the Detroit Free Press (1)).

This recipe adds a small amount of flour to the egg mix, but I don’t usually do that, as I like the custard to be more creamy in a quiche. So I include it as an optional ingredient.