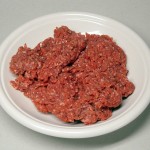 Cooking meat at high temperatures (grilling, broiling, deep frying and pan frying) produces toxins (that increase your risk of cancer) such as:

But marinating the meat for at least 4 hours before cooking dramatically reduces the toxic load. The simplest effective method is to marinate in dark beer (the darker, the better); red wine is also effective. You can add herbs and other ingredients to add flavor and further reduce the toxic load.

Or, if you don’t want to use beer or wine, research indicates a simple vinaigrette, with or without herbs and spices is also effective. The simplest vinaigrette contains olive oil, water, and vinegar (cider vinegar is best but wine vinegars are also effective). To this you can add any of the following, either as a dry rub, or added to the vinaigrette:

Check out my vinaigrette recipes:

Homemade teriyaki marinade is also effective; however be sure to use fermented soy, and minimize the sugar. Avoid commercial marinades, as they likely contain HFCS and other undesirable ingredients that can become even more toxic when cooked at high temperatures.

A word of caution: Using sugary barbecue sauces made with a tomato base are not effective at reducing toxins; rather they INCREASE the toxins when exposed to high cooking temperatures. Instead, add the barbecue sauce to the meat after cooking.

See my 'About' page
View all posts by Cat →
This entry was posted in Broiled, Fried, Grilled, Meat and tagged beef, broiled, buffalo, chicken, fried, grilled, pork. Bookmark the permalink.