Culcannon (Cabbage or Kale and Potatoes) 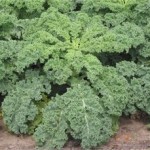 A recipe for Culcannon, a traditional potato and cabbage dish, appeared in the Interact supplement of our local paper, the Daily InterLake, in an article titled “Irish cuisine and cooking described by an Irish girl.”  The writer, Kasa Zipfel, interviewed Ellie Dooley Maier, a local woman originally from Inniskeen, Ireland.  I’d had culcannon before, at Portland’s legendary Irish restaurant, Kells.

The English version is called Bubble and Squeak because of the noise it makes as it is cooking.

Since I’m brining my own corned beef from scratch this year for St Patrick’s Day, I decided I’d accompany it not only with boiled cabbage, but also with this recipe for culcannon.

Irish potatoes are very much like our own russets, but I have some Yukon golds that need to be used, so I’ll use those.  I couldn’t find kale at my local grocery, but I wanted that dark green color, so I’m using the green tips of bok choy.  I also have some raw cream to use up, so I’ll use half milk, half cream. (Cream is more traditional in this recipe than milk; most likely because the higher butterfat content of cream increases the bio-availability of the minerals in the veggies, and moderates blood sugar spikes from the potato starch).

Most recipes call for peeling then boiling the potatoes, but I prefer to leave the peels on during cooking in a minimum of water (basically steaming them), and then peeling  after cooking.  I save the peels, and the mineral-rich steaming water for use in a veggie broth. I also reserve the cooking water from the kale and add to the potato water.

This is my adaptation based on both the recipe in the newspaper mentioned above, and from the Irish Heritage Cookbook, by Margaret M. Johnson. I like the addition of mace; if you can’t find mace, use nutmeg (mace is the outer shell of the nutmeg seed, but has a slightly different flavor).