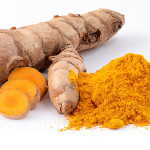 I’ve been taking turmeric in supplemental form (capsule), but I like the idea of consuming it as a food rather than a supplement after reading about it on Wellness Mamma (1) and Mercola (4a). This warm tea is an ancient beverage with eons of history behind it.

You can also add coconut oil or ghee, plus a bit of black pepper (from freshly ground peppercorns) because these:

This is a delicious beverage that is nicely warming to drink just before bed. I provide a simple recipe for one serving, so you can test it to see if you like it, before trying one of the other versions that make more than one serving. If you want to give it a try but don’t want to make your own, check out Turmeric Tea from Lake Missoula Tea Company (9) (Missoula Montana); the link includes a 1-minute video on how to make it using their powder mix.

From Wellness Mama (1): “This may stain blenders and countertops. The color will eventually fade, but making a thick paste of baking soda and water and scrubbing the stain can help.” As I’ve found, it may also stain your clothing, so take care when drinking the tea.

Note the following warning for those who are pregnant and nursing (1):

The University of Maryland Medical Center reports that it is safe to cook with Turmeric while pregnant and nursing but that turmeric supplements should not be taken without a doctor’s advice. Since this tea contains Turmeric, consult with a doctor or midwife before consuming this if you are pregnant, nursing or have a medical condition.”

This is one of the most commonly used spices in India, a basic ingredient in most curries. Its major biochemical component is curcumin, which has many health benefits. And a recent study (5) holds hope that it may boost production of the essential Omega-3 fatty acid DHA in the brain to boost brain health. “DHA deficiency is quite common and can have a wide range of adverse consequences to the optimal functioning of the brain. Its deficiency is linked to several neurocognitive disorders such as anxiety-like behavior, Alzheimer’s disease, major depressive disorder, schizophrenia with psychosis and impaired attention.“(6)

NOTE (from Wellness Mamma (1)): “This may stain blenders and countertops. The color will eventually fade, but making a thick paste of baking soda and water and scrubbing the stain can help.” As I’ve found, it may also stain your clothing, so take care when drinking.

See also Individual Herbs & Spices, A – F and Herbs and Spices, Individual, G – Z for more about cayenne, cinnamon, turmeric and ginger, the most common spices in this delicious beverage.

I drink raw dairy milk, which adds even more nutritional benefit to the warm tea (just don’t heat it above 145°F); fresh coconut milk is another tasty option. This recipe can also be made with other nut milks (almond, pecan, cashew, etc.), but I don’t recommend soy milk unless it is Organic (to avoid GMO), and then only occasionally.

It is best when using freshly minced turmeric root, but powdered spice can also be used. Or you can use the fresh root to make a paste which stores well, then use a small portion of the paste to make the golden beverage.  In addition to turmeric, this beverage includes other ingredients that are warming and assist in turmeric’s action; be sure to use Organic options:

Try one of the 1 – 4 serving recipes first; then if you like it, make up the dry spice mix or paste for bulk storage of which you add a small amount to the milk before warming.

*NOTE: This may stain blenders and counter tops, and also clothing. The color isn’t harmful and will eventually fade. Recipe can be halved or doubled if needed.

I made this recipe to see if I liked it, before mixing up the dry tea mix or paste. It is based on the dry mix recipe, below, and makes one, 1-cup serving. Of course, I love it, especially in the cold winter months.

Fat (as in whole milk, coconut oil and/or ghee), and black pepper are essential to help with absorption). The fat helps the mix to make liposomal turmeric/ginger, which is more readily absorbed and utilized by the body.

I use a few drops of liquid stevia to sweeten (because I’m avoiding sugar), but it is delicious with raw, local honey. Start with ½ tsp honey and add more as needed to the warmed mixture.

This really is delicious, so I now make up a full recipe of the dry tea mix (second recipe, below). Or make the turmeric paste version (third or fourth recipe below). Or try the fifth recipe using fresh turmeric and/or ginger root.

Ive not yet tried the fresh root version, because I like the paste version#1 because of the extra spices added. And I usually use fresh raw milk (rich in cream), tho occasionally I use coconut milk.

This recipe is adapted from Wellness Mamma (1). The spice mix is made-up ahead of time, and lasts for many servings (at least 80).  It stores well in a mason jar with lid, when kept in a cool, dark place. During the holiday season, I add cardamom (freshly-ground seeds). Simply mix up the spices and store in a jar, then use 2 tsp of the powdered mix with 2 cups of milk, and warm as above.

Note: You will get the best health benefit if you use fresh, raw local milk, or coconut milk (made from raw coconut meat or dried but not desiccated coconut; see my instructions on coconut milk link).

This recipe is also from Wellness Mamma (1), who recommends drinking this before bed because it aids relaxation and helps boost the immune system while sleeping.

The honey/maple syrup is optional but “helps to mellow out the strong flavor of the turmeric.” (1). Use raw, local honey for maximum benefit.

She notes that the recipe will stain your blender/counter/cup, but the stain will fade very slowly with time. To avoid staining your blender:

This main recipe makes 2 – 4 servings.  I also provide other options/recipes, farther down the page.

Sweetener (optional): 1 tsp raw local honey, maple syrup or molasses to taste (stevia can be used but depending on its form, you may need much less; I recommend using a few drops of liquid stevia extract)

*Note: This may stain blenders and counter tops. The color isn’t harmful and will eventually fade. Recipe can be halved or doubled if needed.

The paste is a good way to store the mixture; makes at least 50 servings, a few at a time. I provide two versions here; both include a version of each of the following:

This is also from Wellness Mamma (1), but she notes it is from one of her readers, Rose. She uses almond or coconut milk, but I would use raw dairy milk (just don’t let it boil, and best to keep it under 145°F, as that is the temperature at which the milk begins to denature).

It doesn’t include the cinnamon and ginger in the paste, but cinnamon is added when serving. I will test adding 2 Tbsp ginger powder to the paste.

The paste is a good way to store the mixture; makes at least 50 servings, a few at a time. The option of using ghee instead of coconut oil in the paste is from The Nourished Kitchen (3).

This version, below, originally from Health Impact News (8) and Mercola (4a), only uses turmeric and pepper for the spices. However, Mercola’s 8/1/22 article (4b) lists his fav ingredients in Golden Milk (see his Story at-a-Glance section, copied below). See also my Golden Milk recipe page: Golden Milk (Turmeric Tea): Several Recipes and a related recipe from Mercola (4a): Ginger & Turmeric Latte

Story At-A-Glance (Mercola article 4b); I put some of his text in bold for emphasis:

I include two versions for using fresh roots.

This version is adapted from Epicurious (2). “Cooks’ Note: Using fresh turmeric adds a clean, bright flavor to this drink, but dried turmeric can be substituted when fresh is not available. Keep in mind that dried turmeric will settle to the bottom of the mug, so stir well before drinking.” You could also add other spices (see above for options); I add crushed cardamom seeds during holiday season.

Whisk coconut milk, cinnamon, turmeric, ginger, honey, coconut oil, peppercorns, and 1 cup water in a small saucepan; bring to a low boil. Reduce heat and simmer until flavors have melded, about 10 minutes. Strain through a fine-mesh sieve into mugs and top with a dash of cinnamon.

Do Ahead: Golden milk can be made 5 days ahead. Store in an airtight container and chill. Warm before serving.

This version is from The Nourished Kitchen (3). the author notes, “Golden Milk is traditionally made with cow’s milk. If you wish to omit the coconut milk and coconut water, simply substitute 2 cups whole milk.” The original also calls for Manuka honey from New Zealand, but I believe in the health benefits of using raw local honey.