Not all Calories are Created Equal 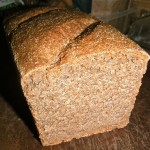 just may be wrong. The definition of a calorie (in regards to food) is “the amount of energy produced when the specified food is burned as fuel.” The calorie hypothesis has several flaws related to: metabolism, the type of food, exercise, and how much of the food you eat is actually burned as fuel.

There are several flaws with this hypothesis:

Not all Calories are Created Equal

Just what is a calorie anyway?  A calorie is a way to measure how much energy can be produced by burning different foods to fuel the body’s activities; or how much energy must be expended to do a certain activity.

If the calorie hypothesis were really true,

One last example:  Who do you think would gain more weight, a person:

Off hand, I’d say the later person, even though eating fewer total calories, because of the higher carb content of the diet.

What is going on here?

I don’t really know what’s going on here, except to say that each person is unique, and that for some people, certain foods are burned as calories, and for others the same foods are used for other purposes; or that some foods can impact how other foods are utilized.  I’m beginning to think it has to do with metabolism, and the way different foods are metabolized.

When you lower your caloric intake, your body down-regulates your metabolism, so that you do not expend energy at the same level as you did before you changed your diet. If you lower your calories significantly, your body goes into famine mode, conserving energy production and converting as much of your food intake as possible into stored fat. (1)

“When your body is deprived of essential fats your metabolic rate slows down, so you can’t burn calories as efficiently.  In addition, omega-3 fats , which are essential to optimal health, improve your cells’ response to insulin, neurotransmitters and other messengers. They’re also very important for the repair process when your cells are damaged.  In fact, weight gain is one of the symptoms of omega-3 deficiency.” (3C, 3D)

A number of studies have also suggested that high-protein diets may help people shed weight more easily.  However, the amount and type of protein you need (as well as the ratio in relation to carbs and fat) can vary quite dramatically according to your sex, height, weight, and exercise levels.  To this list, Mercola adds “by your nutritional [or metabolic] type.”(3A?)

I just googled my hypothesis:  “not all calories are created equal” and got over 600,000 responses.  Apparently others are on to this idea as well.  An article in Muscle and Fitness has really good information on this topic.  For example (4):

“Many studies have shown that nuts, though high in calories, have high dietary compensation and may even increase metabolism. Mattes illustrated one study that found subjects’ resting energy expenditure was 11% higher after nut consumption.”

Researchers at the City of Hope Medical Center (Duarte, California) studied two groups of overweight people, both on medically supervised low-calorie liquid diets. One group added 3 ounces of almonds to their daily diet, while the other group added the same amount of calories from complex carbs like popcorn and Triscuit crackers. Both groups ate the same number of calories daily, about 1,000. During the 24-week study, the almond-eating group lost more weight even though they ate the same number of calories as the carb group. Same calories, different results.”

Here’s another example, from an article titled “All Calories are Not Created Equal”, by Mark Hyman M.D.. (5)

Also, check out  “All Calories are Not Created Equal” from Natural Champion, by A. Vest.(6)

The Liver:  It’s Where It’s Happenin’

Where does much of the body’s metabolism occur?  The liver.  This is an amazing chemical factory, making fats and proteins out of sugar; making sugar out of fats and proteins.  But it also makes enzymes and co-facators, and many other substances needed by the body for normal function.  According to Dr Cabot (the “Liver Doctor”), “Excess weight is a symptom of liver dysfunction and not solely due to the number of calories you consume.“(2)

What is really telling is that when people tinker with caloric intake, as in:

they are taxing the liver.

The low fat diet is especially troubling because it is also high-carb, and most dieters opt for the simple carbs (white flour, white sugar products) which down-regulate metabolism, raise serum insulin, and shift the liver into fat-making mode; a problem that could lead to a condition known  as fatty liver, which could further exacerbate the dieter’s weight control.

It would be far better for a low fat dieter to focus on the complex carbs (whole fruits, vegetables, legumes, and to a lesser extent, whole grains) which are either metabolism-neutral or up-regulate metabolism, normalize serum insulin, and keep the liver in fat-burning mode.  Don’t get me wrong, though, as I think low-fat diets and calorie-counting in general are harmful.

Refer to Metabolism (on my old iWeb Health-Metabolism site) for more.

A friend just shared with me an excerpt from a 1983 book titled “How to Lower your Fat Thermostat,” by Remington, Fisher, and Parent.  This excerpt explores force-feeding studies with animals and humans, where the subjects did not gain weight despite consuming way more calories than they needed.  And those that did gain, lost it readily after returning to normal caloric uptake.  On the other hand, severe calorie restriction resulted in increased food digestion and absorption, resulting in weight gain, despite the food denial.

This all seems very puzzling, but the authors conclude these phenomena have to do with a bodily substance known as “brown fat.”   Those who manage to stay trim despite increased caloric intake, may increase their fat stores as brown fat, rather than white fat, thus burning the excess caloric intake to produce heat rather than storing it as fat.

Check out my article on Brown Fat (on my old iWeb Health-Metabolism site)  for more on this subject.

When I was younger, I could always drop pounds simply by consuming smaller portions of the same foods I’ve always eaten, and cutting out sweet treats.  But as I reached my late 30s, I found that just wasn’t enough.  And at that time, self-help books, and especially diet books, became hot sellers.  I bought into all this.  Over the years I’ve tried:

None of them have helped me lose weight on their own, but the Ketogenic diet stopped my sugar cravings in 2 days and I definitely felt happier, better. Combining any of them with exercise (mainly dancing) does help with weight loss.

So here’s what’s at the bottom of this. In my 20s I had problems with hypoglycemia (low blood sugar), but that was in the 1970s and doctors said “it’s all in your head,” because they didn’t know to test my blood sugar and had never heard of hypoglycemia. In those years, I didn’t have a steady job so didn’t have enough money to eat well. Instead I lived off  cinnamon rolls and coffee. I didn’t know what the hypoglycemia was doing to my metabolism.

In the ’80s I fared better because I finished graduate school and found my career as a telephone engineer. But the hypoglycemia would still cause trouble from time to time. In the ’90s, I found a new doctor who knew about the problem because she had it too. She said it was due to “insulin resistance,” (IR) and had me try a new pharmaceutical called Actos. It didn’t help me; in fact, I gained 20 pounds in 2 weeks, so she had me try Metformin instead. That didn’t help either. So I started doing research on IR. I learned that the mainly high-carb, low fat diet I’d been eating was at the root of the problem. My cells were no longer responding to the insulin levels that kept creeping up; and my liver was converting the unused carbs into fats to be stored in my adipose tissue, which is why I kept gaining weight.

In the early 2000s, I started seeing a Naturopath who understood the IR problem, and found that I also had a hormone problem – they were out of balance. After experimenting a bit with human-identical hormone supplementation, we found the right balance, but I did not lose weight, and my cortisol levels remained flat and low throughout the day (it’s supposed to climb in the early morning, then decline in the evening). My weight continued to climb, slowly.

In 2014 I started a ketogenic diet; within 2 days – 48 hours – my sugar cravings were gone. I could look at all the delicious pastries and cookies at the local bakery, and not be tempted to eat them. It wasn’t a will-power thing, rather my metabolism had changed and I really no longer wanted the sugar. I stopped gaining weight, but I didn’t lose any, which is unusual when eating keto. In 2015, I switched to a cyclic keto diet, adding whole wheat bread and reducing my fat intake on the high-carb days. On the high-fat days, I skip the bread and other high-carbs, and up my fat intake (more cream, butter and coconut oil)

In 2015, my naturopath had me try myo-inositol powder. It is part of the B-vitamin family, but is no longer considered “essential” because our bodies can make it. But for some of us, our bodies don’t make enough. We start having problems at the cellular level because the inositol is needed to stabilize our cell membranes, including making sure we have active receptor sites such as those for insulin. Because I didn’t have enough inositol, my insulin receptors were turned off. Once I started taking it supplementally, within just a few days, the weight started slipping off. I lost 25 pounds in the first 3 weeks. I had more energy, and my spirit was soaring. It’s now been 6 months since I started the inositol. My weight loss has slowed down to about 1 pound a month, but I continue to lose size around my middle. It’s a miracle!

See my 'About' page
View all posts by Cat →
This entry was posted in Diet, Health and tagged brown fat, calories, diet, liver, obesity. Bookmark the permalink.