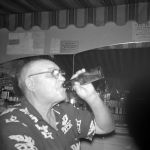 by Cat, April 2014 (Photo, right, from Cat’s photo collection; photo, below from mibekfarms.com/stewtips.html)

When my Dad was the chief cook and bottle washer at home (while my Mom worked at the bar), one of his favorite dishes was beef stew. He loved root veggies like turnips, rutabagas, parsnips, carrots, and of course potatoes, and would add whichever of these he had on hand (fresh from his garden, or stored in the root cellar). And if one of the local farmers gave us some horseradish, he’d add some shavings of that, too (mmm).

But back then, I wasn’t fond of the sharp flavor of turnips and rutabagas, so I usually pushed those to the side of my plate. Mom frowned at that, poke her fork in my direction, and say, “eat your vegetables.” Dad came to my rescue and forked them over to his plate.

I made this stew often when I was a young adult, because I could afford it by stretching it for many meals. However, after 7 years of this, I finally got tired of it. It’s been years since I’ve made this stew and decided to try it again. But this time, I marinated the raw stew meat in a bit of stale ale, in honor of my Dad who loved beer, then chilled it in the fridge for 30 minutes before cooking, to help tenderize the meat. (Inspired by my recipes for Danish Beef Stew and Wild Boar & Beer Stew).

Neither my Dad nor Mom ever cooked with wine – but our neighbor Rena, who was an excellent cook with French influences from her parents, often cooked with wine, so I include that in this recipe – inspired by my Boeuf Bourguignon (Beef Burgundy) recipe, to deglaze the pan.

If Dad had some fresh horseradish on hand, he’d add just a little bit of that, grated coarse or sliced thin, to his stew for a bit of a punch.

I make this on stove-top, but you can also stew it in 350° F oven after browning and deglazing on stove-top, but it will take longer. Or in 450° oven for shorter cooking time (see Fine Cooking.com: Classic Beef Stew (2) for more detail).

4/6/13: Although I’ve made this many times, that was more than 20 years ago, so I’m testing it anew. Made as written, including the 30 min in the fridge with the stale ale, and deglazing with red wine. Prepped 1 parsnip, 1 carrot, 1 celery, 1 turnip, 3 small potatoes and ½ small red onion with 1 bay leaf and some dried sage. Added 1 cup beef stock and 2 cups water with ½ tsp salt and ¼ tsp pepper. Brought to boil, then began simmer at 5 PM. Added veggies & herbs at 7, with another ½ tsp salt. All was tender at 7:35, but sauce needed thickening. I mixed 1 Tbsp each flour and butter and formed into buerre manie balls, then stirred these in over medium heat, to thicken. Result: Wonderful flavor but for my taste a bit salty. I’ve revised recipe to start with ¼ tsp salt added with veggies (in addition to the ½ tsp added when broth/water was added at beginning). More salt can be added before serving, if desired.

Testing 6/7/14: Tomorrow is Fathers Day, so I’m making this in my Dad’s honor. Made as revised from last test, with less salt. Used carrot, turnip, parsnip, potato, celery and onion for the veggies. After searing meat, started to simmer at 3:10 PM, using simmer plate. [Had to leave the house at 3:50 so turned off the heat (simmered 40 min). Back home at 5:40; brought back to boil, then resume simmer at 5:45. Added veggies with ¼ tsp salt at 7:20 (95 min additional simmer, total 135 min or 2 ¼ hr). Sautéed ¼ lb sliced button mushrooms and added to stew at 7:50 PM (hoping about 15 minutes before serving). Thickened stew with buerre manie at 8:10. Carrots were not done until 8:30. (70 min. for veg; total simmer 205 min or 3 hr, 25 min). Result: Meat is very tender and sauce is flavorful. All but carrots a bit overcooked but good. Next time, cut carrots smaller than other veggies.

7/1/14: Made as written except used a chuck slab steak that I cut up myself. This is a more tender cut than stew meat, and was approaching tender after about 1 hour 15 minutes of simmering. Used bay leaf, sage and thyme; forgot to add parsley at end. I also cut up an extra turnip that needed to be used, so got more veggies than the liquid could cover, so I added another cup of water, and then simmered for 30 minutes. Total cooking time, 1 hour, 45 minutes (not including the time to sear the meat). Result: As good as ever!

12/7/14: Made as written (using beef stew meat) with one exception. I realized there was a minor error in the instructions regarding the onion – the reason it is prepped separate from the other veggies is because it is added with the last batch of browning meat so that it too can brown and lend its flavor to the juices (but the instructions added the onion with the other veggies later). I have updated the ‘Method’ accordingly, adding the onion to brown with the last batch of meat, before adding the wine to deglaze. Result: delicious!

10/10/15: Made as written (as adjusted with reduced amount of salt) using 1.5 lb stew meat. Seared meat in 3 batches; got distracted during second batch (by crew cutting down 2 dead trees in yard), so got a little scorched. Started simmer at 4:15 PM. Checked at 6:15; not quite ready to add veg. Added veggies, herbs and ¼ tsp salt at 6:40 (2 hr, 25 min of simmer); needed more liquid to cover so added 1 ½ cups of warmed water. Veggies are tender at 7:30. Thickened sauce with buerre manie (3 Tbsp each butter and flour); took awhile to dissolve, but is perfect amount. Needed more salt and pepper; also added a bit more thyme. Result: Everything is perfectly done and sauce is not too thick. Flavor is delicious, but do notice the scorched meat. Hopefully that will lessen on reheating.